Two months ago, Gavin McInnes was caught pulling out his penis live on air. When this footage came to light, his employer, CRTV, had serious reservations about keeping McInnes on board at their network, sources say.

“I can’t imagine that CRTV won’t let him go over this,” A CRTV operative speaking to Bernard Media privately alleged. “Gavin’s getting paid a lot of money, but doesn’t bring in nearly enough traffic to warrant it. This would be a good excuse to show him the door.”

Now, additional footage has been revealed showing McInnes spreading his butt-cheeks and exposing the entirety of his butthole, live on air.

Bernard Media will continue this investigation into Mr. McInnes employment status and will provide more information as it is made available. 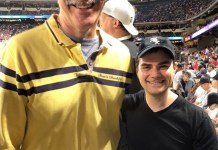 Dave Rubin Admits He Doesn’t Know Difference Between Declaration of Independence & Constitution In...

Nathan Bernard - July 12, 2018
0
Any fan of Dave Rubin will immediately tell you that first and foremost Dave is a comedian, not an intellectual. "Dave is a stand-up comedian,... 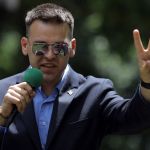 Pizzagaters Promote General Flynn Flashmob, No One Shows Up